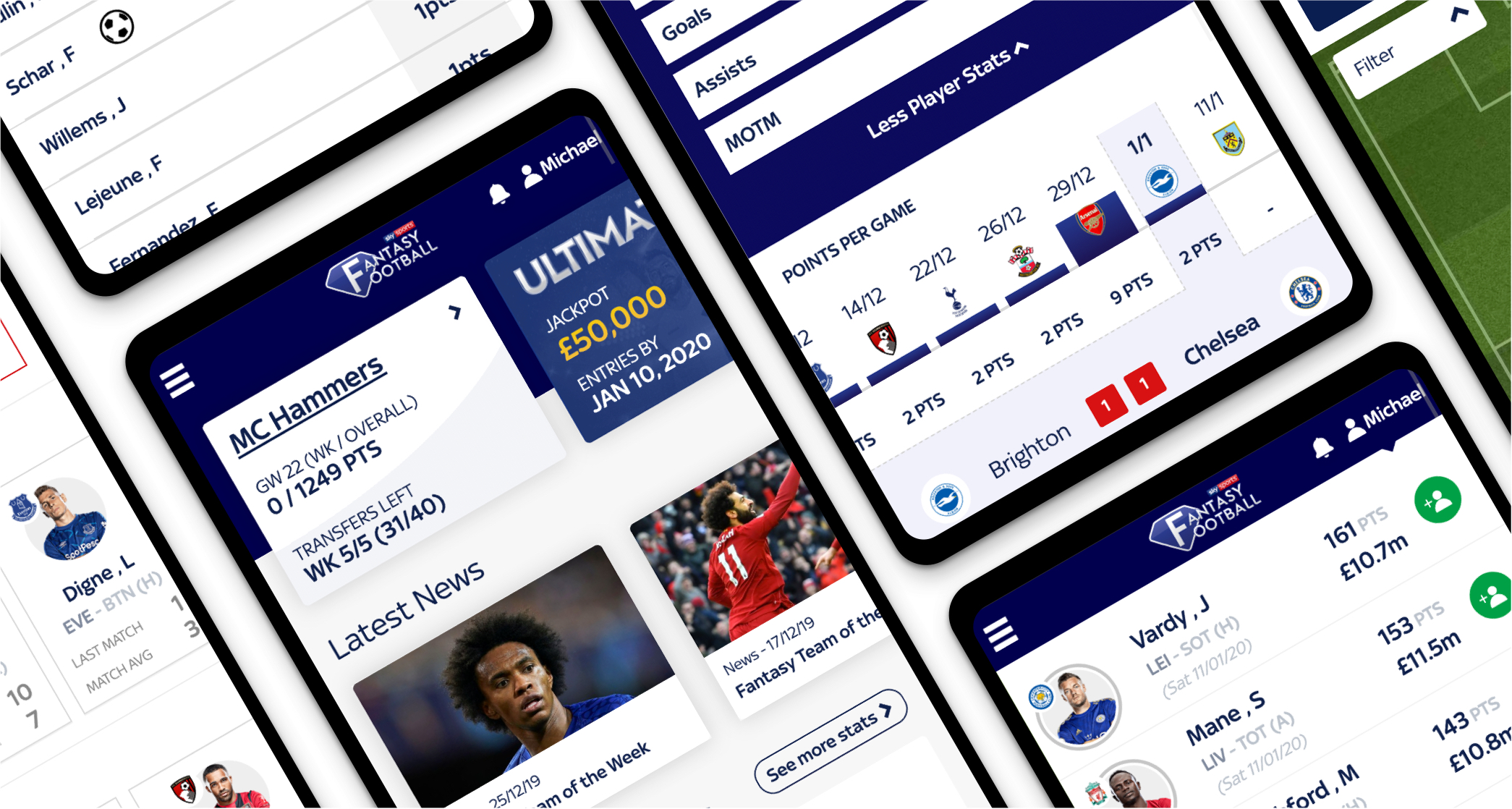 I was tasked to help create a leading digital mobile experience.
This product was aimed at current and new users to Fantasy Football that was easy to use but challenging to the more professional fantasy football player, like Super 6, the branding needed to be aligned towards Sky Sports'.

An experience that gives the user what they wanted, a quick way to play their favourite fantasy football game that includes all the data they would want, with features like "Pick the Ultimate 11", an improved transfer system and navigation, all leading to a simplier, better gameplay.

Like Super 6, I had managed to instigate a design process within Sky Bet, so the process of design was a lot easier (I have worked on this project previously).

We started with working on the problem and opportunity statement, letting the business know the direction we were going and what the problem(s) we were trying to fix. The issues were around: retention, user happiness, branding, and new sign ups.

Having these, meant we could layout workshops, workshops to tackle and ideate to fix some of these, I lead and invited stakeholders (Product Manager, Developers, Marketing, Advertisement, a member from Sky Sports, User researchers to name a few) and having such a breadths of skillsets in the room lead to brilliant ideas being produced, but also meant we framed the user needs (fed from the U.R), agreed on direction and produced a final goal. This followed by wireframes and a user research session, we found out what worked quickly and changed and re-tested.

As with the previous year of the app, the user wanted more data to be "easy to hand", and clearer instructions on budgeting and just quicker gameplay. They also wanted to play pundits, and loved the Sky Sports cross-over. 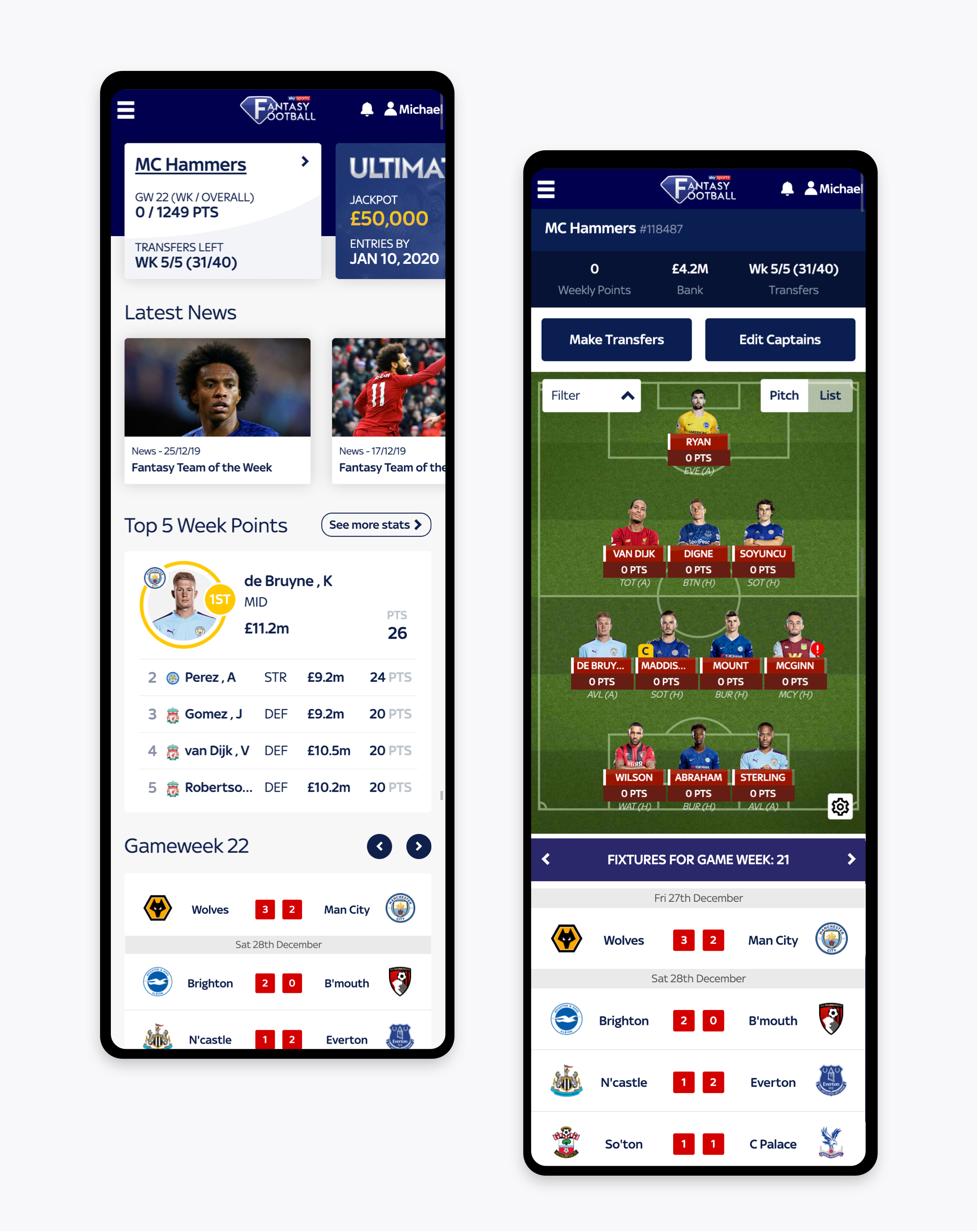 I had enough from the workshops to take to design (with presentations to stakeholders a week after to confirm the outcomes and direction), using Sketch to Marvelapp we managed to prototype low-fi to high-fi designs quickly, either internally or externally. Handover to developers was using Zeplin (always face to face) and regular Thursday calls of updates and general check-ins.

This app ranked highly within the app store (Number 1 on Apple), and also led to a huge influx of users, with the feedback being "it looks great, just like Sky Sports" and "it's a lot easier than last years' awful attempt" (which I also did - ouch!). 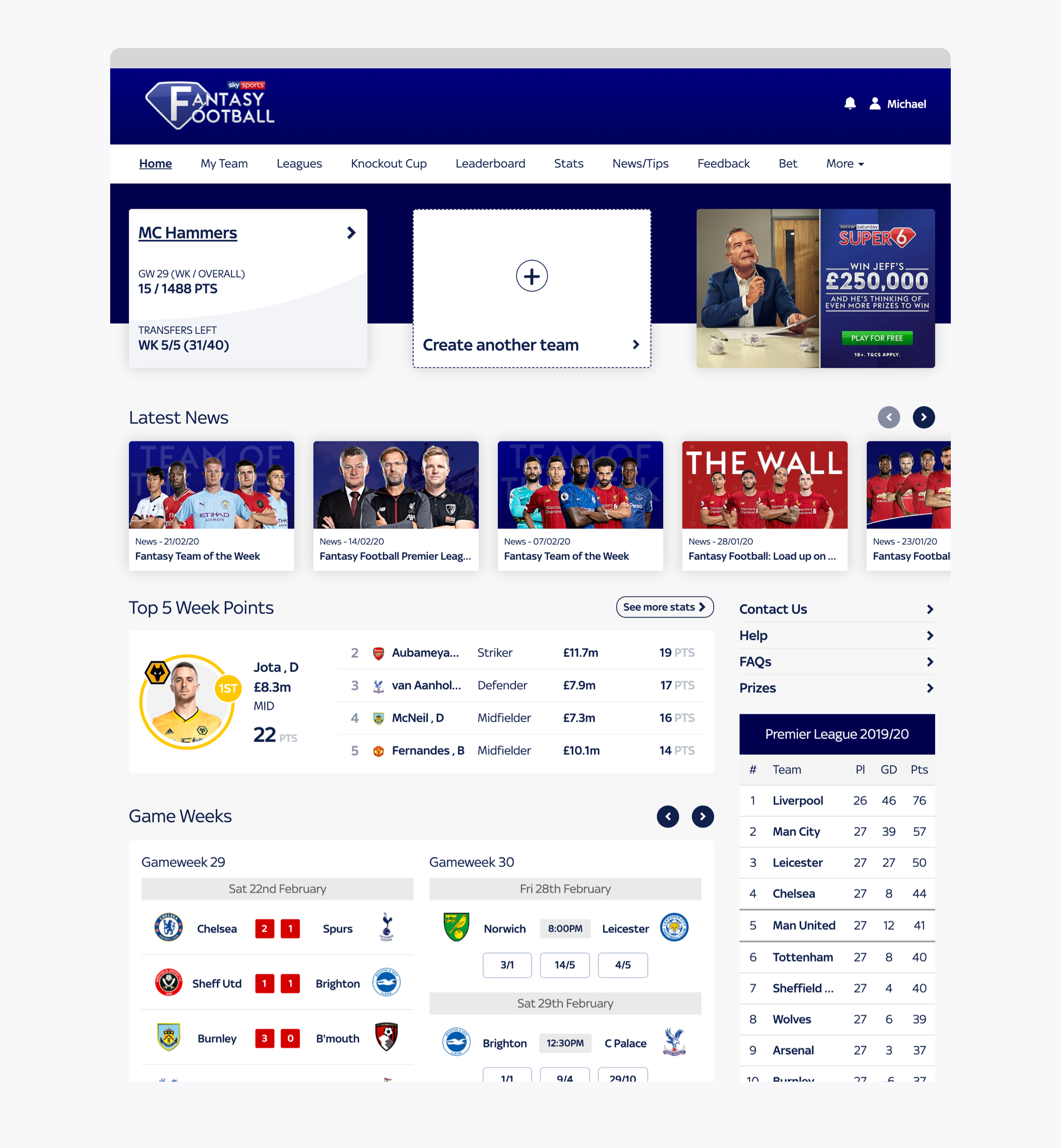 Go to the next case study
Russell Hobbs